Of Shoe Dogs and Data Liberators 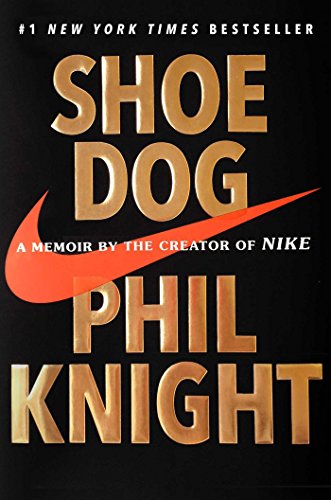 What do shoes and Electronic Medical Records (EMR) have in common? Not much, on face value. But, as CEO of an innovative healthcare technology company committed to transforming physician and patient experiences, I see a lot of similarities between what we are doing and what Phil Knight did while creating Nike. In “Shoe Dog: A Memoir by the Creator of Nike,” he shares his journey from idea to product, product to brand, and brand to icon. I couldn’t help but see some of our own journey in this telling. Here are three of his leadership lessons that speak to me:

At the heart of Nike’s brand is the world’s most recognized and important tagline, “Just Do It.” It may sound simple, but at the root of this tagline is a critical idea: challenging the status quo in everything you do. This idea, which has come to encompass everything that Nike stands for, had its beginnings when Phil Knight saw a massive shortcoming in the tools athletes were given to compete with. An athlete himself, he saw that athletic shoes were poorly made and hurt the wearer’s performance. He knew they weren’t good enough—not for him, not for anyone. Thus, his original idea was born: import and resell high-performance tennis shoes from Japan to the American market. But it didn’t stop there; in time, his team began modifying the imported shoes and incorporating their own concepts into the product. It was disruptive. It was born from risk. And it was the right thing for the athletes.

We felt the same way when we looked at the state of EMRs. They are the essential tools for healthcare facilities and physicians, but there are real challenges. True interoperability doesn’t exist. There are dozens of brands, and none of them talk to each other. This leaves a massive gap in continuity and experience for providers and patients. Most importantly, it reduces the quality of patient care and drives up costs. We knew we could do better. Using our own expertise and feedback from our customers, we set out on a very specific mission to challenge the status quo by simplifying and modernizing interoperability between EMRs. The concept was risky and disruptive. But it’s exactly what is needed. (We’re proud of it, check it out).

It takes courage to surround yourself with people smarter and more capable than you. People who will challenge your ideas. People who are daring. People with something on the line. That’s how Phil Knight worked, and it’s how we work too. It can be difficult – conflicts arise, personalities flare up, ideas on direction differ. But, you would be hard-pressed to find more brilliant healthcare IT innovators, patent holders, technical geniuses and leaders defining their careers by delivering time and again. And it extends beyond our own internal team, to our partners, who work with us and each other to create mutual value. These are partnerships built on integrity and trust.

Phil Knight knew that in order to connect with athletes, he needed to partner with athletes. So, he put his support behind someone who reflected the brand: Steve Prefontaine. Prefontaine would become the standard-bearer, the authentic face that represented everything Nike believed in. He was powerful. Unorthodox. A champion. And, while winning, he would act as a real-time laboratory for the performance and design of the shoes.

We believe in the same approach and are connecting with leading healthcare providers to show and tell how our solutions are helping them save money, be more efficient, and improve the physician and patient experiences.

We’re proud that partners like Great Lakes Health Connect (GLHC) are active users of our technology, providing us with real-time feedback to ensure that our products are performing optimally. But beyond the product, our teams care about each other and are inspired by the mutual success our combined collaboration delivers. In less than a year, GLHC will deploy Holon at over 1,000 clinics. They are stars.

Banner Health is another star. Holon is supporting interoperability needs related to value-based, care-based initiatives, and this engagement is driven as part of their joint venture with Aetna. As the largest ACO in the country, this is akin to landing the endorsement deal with Michael Jordan. It’s transformative. Already our teams are highly engaged, leveraging combined skills to unlock their community data and subsequently surface valuable insights across a sea of EMRs utilized by the physicians in the greater Phoenix area.

Like Phil Knight, we believe in our idea of making data easier to access in any workflow. He called himself the “Shoe Dog.” We like to think of ourselves as “Data Liberators.” But our commitment is bigger than shoes or EMRs or data. We’re committed to changing lives; to putting patients and physicians first. That’s what drives us. Before being promoted to the role of CEO, Bryant was COO and SVP of sales and marketing at Holon. Bryant began his career at General Electric while in college, spending eight years in a leadership rotation in their capital and healthcare businesses across the country. Following his time at GE, Bryant worked in private equity as vice president of business development at the GSI Group and was involved in acquisitions in the United States and Asia. Bryant has held several sales leadership roles within the healthcare IT market, including regional vice president for Medicity, a leading health information exchange solution provider, territory vice president for McKesson Provider Technology Solutions, and most recently as regional vice president of sales at Enli (formerly Kryptiq, a Surescripts company). He earned a B.A. in Communications from Brigham Young University.